The police wanted to kill us. That was the only certainty in the minds of the residents of Chalkidiki and their unwavering supporters who took part in the demonstration in “ Skouries”(a forest region on the Mount Kakavos in the Northern Greek province of Chalkidiki) that took place on Sunday 21/10 in order to defend the Mount Kakavos from destruction by those who support the creation of a gold mine in Chalkidiki. For Eldorado Gold and the greek Aktor (the companies that the Greek government sold the area to) police forces from the entire district were recruited to punish any resident or protestor ready to defend the surrounding environment and natural habitat and thereby the residents’ health.

To be mentioned that the Council for the Environment of the Aristotle University in Thessaloniki, the Technical Chamber (department of Central Makedonia) the Department of Tourism of the Technological Institute in Thessaloniki and many environmental organizations have expressed deep concerns about the Environmental Impact Study (EIS) of the foundation of the gold-mining industry approved by Ministry of Environment, Energy and Climate Change. The local area also considers that this “investment” will deprive many more jobs than the company promises to the residents due to the catastrophe that the gold-mining will bring about for the tourist and agricultural sector as well as to environment. The environmental pollution will, also, have a dramatic impact to the people`s health. Moreover, the investment will not offer any profit to the Greek economy. Instead a lot of money will go directly to the large multinational company Eldorado Gold. Lately, mountain Kakavos has been closely guarded by a private security that belongs to the company as well as from the Greek police that forbids local residents from visiting it.

On the morning that the gathering in Ierissos (a village near the mount Kakavos) dawned, the police began setting up road blocks in order to check on those who were moving towards the site of demonstration and three arrests were made for insignificant reasons.

At 11 o’clock more than 2,000 people had already gathered from many Chalkidiki villages as well as the rest of the country. There were demonstrators of all ages and from all walks of life united with the goal of putting a stop to the catastrophic policies of the mines.

The demonstration began by car so that the demonstrators could reach the location of “Hondro Dentro” (a hill nearby the forest region “Skouries) where the dirt road that leads to the mountain begins. At the same time gold miners were gathering at a distance from “Hondro Dentro”, under duress from the company that employed them, and the threat of being fired. The demonstrators, who wished to avoid any kind of conflict with the gold miners immediately began their march up the mountain. After a 7 km. hike the protestors managed to reach the company headquarters. Women placed themselves in front of the other protestors demanding that police allow them to approach the company’s premises. The women chanted that the destruction of the mountain would affect them too adding that it wasn’t right to defend the interests of the large conglomerate over the rights of the people and the environment.

Panic and suffocation ensued. Τhe protestors screamed with terror as police chased them with fury. During the retreat many protesters were injured by tear gas canisters fired at close range directly at legs and backs. Some of them ran to the slopes while others had been beaten by the police. The police arrested eight people, most of whom women. The remaining protesters succeeded after a long chase to get into agricultural trucks and get to “Hondro Dendro” from where they had started.

Later, as protesters were gathering to begin a demonstration outside the police station at the district capital, Polygyros where the arrested people had been transferred, more riot police platoons came down from the mountain. While the protesters were crammed together with gridlocked cars on the road, the police started a new chase once more using tear gas against the protestors. Police broke the windows of many of the cars, threw tear gas inside them, and attacked protesters in the street, kicking them and making arrests. “We arrested 15” the police screamed happily!

Outside the police station new surprises awaited the demonstrators protesting the arrests of 18 people.

The police forbade lawyers and the MP of main opposition SYRIZA party K. Inglezi to enter the police station in order to be informed about the arrests. Indeed, the yet unidentified plain clothes officer jeered at the MP and pushed her with a police baton. When Ms Inglezi told him that she would file a complaint the security man shouted his name “John Tsavalas, you see?”!

A married couple who had been arrested along with their dog (!) were later taken to the police station The couple was arrested as they descended from the mountain. When the couple asked why the police had arrested them the police showed two flares in the car, which apparently had been planted. The protesters stayed until late at night outside the police station where they were informed that the 14 of the 18 charges had been replaced by more serious ones. Among the arrested were included many locals, three members of the SYRIZA youth wing, a municipal councilor of the Municipality of Aristotle and an elderly man who had been attacked by police in his car.

According to reports, the police had smashed car window and used tear gas at the person. As a result he temporarily lost control of the car. The old man is accused of attempting to cause grevious bodily harm. The remaining 13 are accused of offenses of blocking the public highway, demonstration and “disturbing domestic peace.” Three protestors were taken to hospital. Two of them had been injured in the leg and hand. Among the injured was a 62 years old lady who was arrested along with her husband inside their car and forced to kneel. Two police men hit her on the shins, calves and the soles of her feet resulting in injury.

“I was coming down the mountain with my husband when they started firing tear gas.We got into our car to leave. We were the last people to leave because we were looking for a woman who we had picked up in local village of Ierisso. I suddenly heard a loud thumping sound on the window of the car, followed by a second louder thump. It was the sound of a police baton wielded by a police officer who proceeded to open the car door, grab onto my jacket and throw me onto the ground” stated 62 year old M. Ververidou. “Kneel” he shouted at me. “Why?” I asked “I haven’t done anything!” “Kneel down because I want you to!” he answered. “I knelt down and the police officer started to stomp on the soles of my feet and my calves with his boots. I screamed out in pain. As soon as my husband got out of the car to see what was happening he too was made to kneel. They dragged us into a ditch a little ways off as I continued to scream saying ‘We’ll see you later’” Ms. Ververidou was taken to the police station in a police van along with her husband and was later transferred to the hospital where she was diagnosed with a shin injury and nerve damage before being fitted with a brace.

“I have never experienced such pain. They didn’t just stomp on my legs, they stomped on our dignity, on the beliefs of an entire people who are trying to save this place, the future of our children and grandchildren” added Ms. Ververidou who was released after her brutal treatment at the hands of the police.

“I was among the women who were protesting seated on the ground in front of the police. Without any warning we were suddenly attacked. Tear gas was used and we were pursued. I was terrified and stopped short. An elderly lady was receiving help from a younger woman who was giving her water a little further down the road. A police officer wearing a hood and a helmet approached the young woman and said “Come here and I’ll protect you” He then proceeded to beat her and throw her into the riot police unit’s (MAT) security van where she was arrested. I left the road and found my way through the woods until I was behind the special police force units. From where I was standing I witnessed security officers tear gassing people who were running down the mountain and unmercifully beating women who had fallen to the ground” stated Ms. Lagieri, a resident of a local town Ouranoupoli, as she described the “special attention” the protestors received at the hands of the special police force (MAT).

“I was last in the line of cars that was mixed up with the the protestors at Hondro Dentro. An elderly woman got into my vehicle to avoid the tear gas. The police suddenly approached us and broke my windshield without provocation. The car filled with tear gas.” added Mr. T. Kromydas, a resident of Ierissos.

“We were leaving “Hondro Dentro” (the hill nearby the forest region “Skouries), heading towards Megali Panagia(a local village near the forest). We were the last to leave. The police released loads of tear gas in the direction of the cars and protestors. “Stop, go no further” shouted the head of the force. Some officers failed to obey the command and hit a nearby agricultural vehicle carrying protestors, with their batons. They broke the window of the vehicle and threw tear gas into the truck’s cab which immediately filled with billows of smoke. Some of the passengers jumped out of the car as the driver tried to control the vehicle which was careening downhill out of control. He was unable to regain control and the truck along with the remaining protestors stopped in a clump of trees some way down the mountain.” stated Mr. G. Lagotsos, a resident of Ierissos. “I saw them drag a young woman out of the back of the truck, throw her to the ground and beat her” Mr. G. Lagotsos added as he spoke of his experience.

What happened at Skouries on Sunday proves that the government, which openly supports the company, is determined to escalate tensions in the area. The police force’s orders were not simply to block protestors from the mountain but to convince them not to return under any circumstances. This oppressive stance may have produced fear but it also cultivated stronger ties of support between the people who found themselves united in protest; they were beaten, they cried, they were scared and angry and arrested. Those ties that bind will last longer than any plans of oppression. 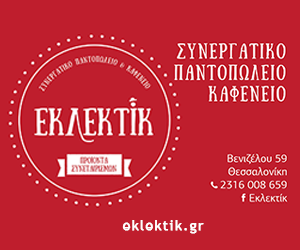 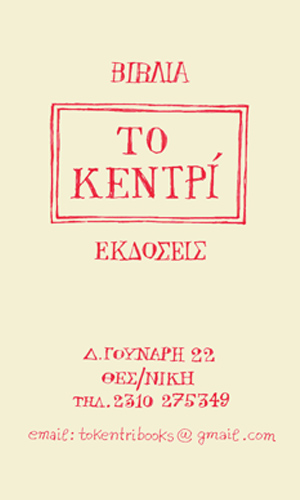 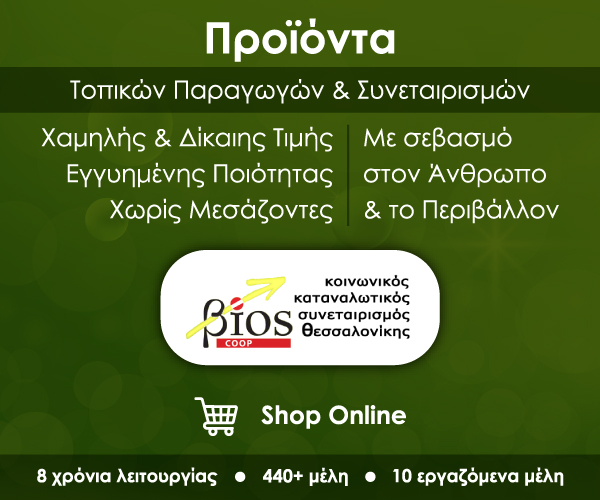 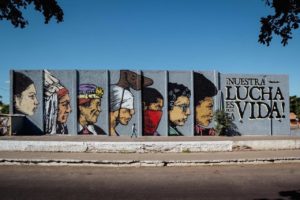 Back to Top
Close

This website uses cookies to improve your experience while you navigate through the website. Out of these, the cookies that are categorized as necessary are stored on your browser as they are essential for the working of basic functionalities of the website. We also use third-party cookies that help us analyze and understand how you use this website. These cookies will be stored in your browser only with your consent. You also have the option to opt-out of these cookies. But opting out of some of these cookies may affect your browsing experience.
Necessary Always Enabled
Necessary cookies are absolutely essential for the website to function properly. This category only includes cookies that ensures basic functionalities and security features of the website. These cookies do not store any personal information.
Non-necessary
Any cookies that may not be particularly necessary for the website to function and is used specifically to collect user personal data via analytics, ads, other embedded contents are termed as non-necessary cookies. It is mandatory to procure user consent prior to running these cookies on your website.
SAVE & ACCEPT